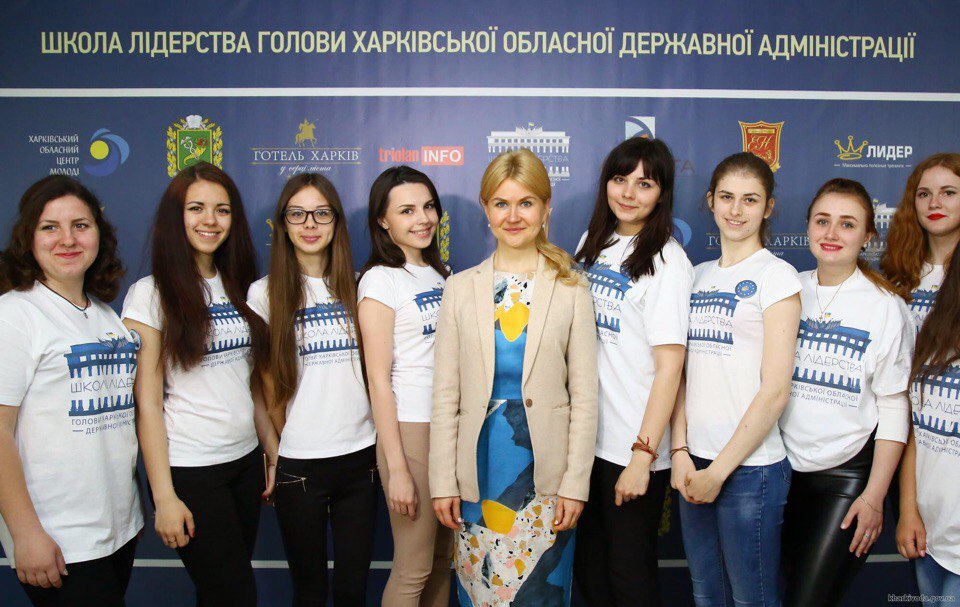 Today, May 13, a significant event for active youth of Khakiv region took place, namely, the 2nd season of the School of Leadership of the Kharkiv Regional State Administration. Under its roof, Radmir Expohall gathered nearly 500 people, including students, working youth, young public figures and all those who care for the youth policy of Kharkiv region. The Head of the Kharkiv Regional State Administration Yulia Svitlychna personally opened the presentation of the 2nd season:

‘We are open, we are ready to take to our team the most successful students, the most active youth, namely, to the team of the Kharkiv Regional State Administration, to the team of the President of Ukraine, to the team of a new generation, which is guided by new approaches, which is ready to implement into life new ideas and is not afraid to express them’, Yulia Svitlychna said. ‘The whole tema of ours is ready to share the successes and achievements we possess with you. Do not miss the opportunities that will open up to you, as the four teams that have successfully implemented their projects in the areas of healthcare, culture, education and housing services did not miss them the last year. Do not miss your chance. The strongest ones will reach the finale!’

Oleksii Kurtsev, the President of All-Ukrainian Student Fraternity the Elite of the Nation, who is the project organizer, also greeted the youth, and noted that at this time when our country becomes a part of a democratic European community, it is like never important to raise true leaders who support the correct vector of the development of our state.

Among the speakers from the Kharkiv Regional State Administration, there were the deputies of yulia Svitlychna, namely, Anatolii Babichev and Myhailo Chernyak. They spoke about teamwork and features of the 2nd season of the project.

Victor Kovalenko, the first deputy of the Kharkiv Regional Council, also attened the presentation and wished young participants to take an active part in the life of the society.

Oleksandr Daviyan, a deputy of the Kharkiv City Council and the president of the investment group DAD, as the permanent speaker of the School of Leadership and a well-known businessman, gave some tips for young entrepreneurs: to work, work and work once again. To work both at oneself and at the business you love. Only the one achieves success who makes all possible and impossible efforts in order to develop oneself and one’s business.

The format of the event included a dialogue between young people and speakers, so 2 hours passed very quickly, because there were interesting and up-to-date issues discussed. Some questions were raised by active young people online, and for those who wanted to communicate personally, the microphones were in the hall.

The official part was solemn and vivid, but this was not the final stage of the event. A small coffee and tea break with snacks was waiting for the guests, after which the well-known Kharkiv band Humorlab Stend Up presented its entertainment program in a stand up show format.

Since the event was devoted to Europe Day, no one went without a memorable souvenir.

Participants and invitees received a much of ​​positive emotions, and a great deal of charge for new initiatives, new projects and new ideas.

We are waiting for all participants at the following classes of the School of Leadership! Keep up to date!