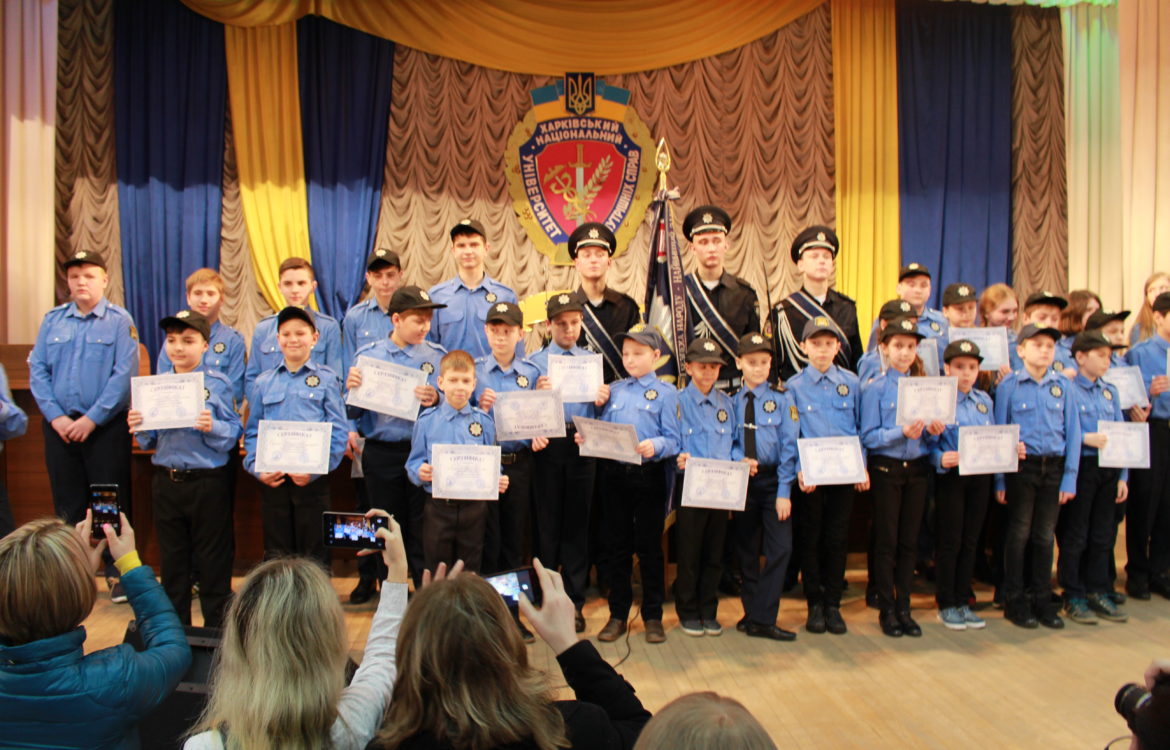 SOLEMN CLOSURE OF THE SECOND SEASON OF THE PROJECT POLICE CADETS

On the initiative of Ihor Rainin, the first season of the Police Cadets was launched in the spring of 2016, at the end of which 51 participants of the project were graduated. In the fall of 2016, the second season of the project was supported by Yulia Svitlychna, the Head of the Kharkiv Regional State Administration, who took it under her personal control. 54 children were selected to participate in the second season of the POLICE CADETS project. During the training, young boys and girls passed theoretical training at the Kharkiv University of Internal Affairs for such thematic lessons as cybercrime, the rule of law, legal behavior, as well as bad habits. In addition, cadets were able to get physical training from patrol police, learned on how to use special means and equipment, and trained in an interactive shooting club. During the training period, the show activities of the patrol police, workers of the Economic Court of Kharkiv region, the Kharkiv Regional Prosecutor’s Office, and the Kharkiv Regional State Administration were organized.

On April 01, 2017, the ceremony of closing the second season of the Police Cadets project took place at the Kharkiv National University of Internal Affairs. During the event, the participants were greeted by:

* Valerii Sokurenko, the Rector of the Kharkiv National University of Internal Affair;

* Olena Herheliuk, a Member of the Board of the non-governmental organization All-Ukrainian Student Fraternity the Elite of the Nation;

The event ended with a concert program from the Kharkiv National University of Internal Affairs.

Additional information. Under the patronage of the Kharkiv Regional State Administration, All-Ukrainian Student Fraternity the Elite of the Nation together with the Kharkiv National University of Internal Affairs and the Department of Patrol Police in Kharkiv conducts an educational project The Police Cadets.Within the framework of this project, the participants must pass a theoretical course on the bases of the work of law enforcement bodies, practical classes, physical exercises and get directly acquainted with the work of the patrol police of Kharkiv region.

The training course of the Police Cadets program takes place by taking into account the age characteristics of its participants. According to their age, they are divided into two groups: from 9 to 13 years – younger police cadets, from 14 to 18 years – senior police cadets.

As in the first season, the non-governmental organization All-Ukrainian Student Fraternity The Elite of the Nation provided a free uniform for 10 children from socially vulnerable groups of the population. In the first season, 53 children participated in the project, of which 17 were girls and 36 boys. The second season was attended by 54 children, of which 14 were girls and 40 boys